The best beaches in Tenerife

The best beaches in Tenerife

Tenerife has more beaches than any other Canary Islands, the Spanish archipelago off the Moroccan coast. Although its symbol is an unmistakable volcanic cone towering above the horizon, tourists are actually more interested in the blue-blue sea and sandy beaches, which are always sunny. No wonder that the season here falls in winter when it's hard to find warm and nice weather in the rest of Europe.

Because the island is of volcanic origin, many beaches are made of black grain, such as lapilli. Golden have a different, unexpected origin: the sand of the Sahara. Some beaches of Tenerife are equipped for mass tourism, but for those who prefer solitude, there is no lack of wild places.

Some 2 km of the soft golden sand of Playa de las Teresitas is dotted with palm trees and sun loungers and overlooks the bay, perfect for swimming and snorkeling. Artificial breakwaters near the shore, creating a protected bay with calm water.

Volcanic peaks visible in the background also make the beauty of this beach even more unusual. Despite its fame and popularity, Playa de las Teresitas offers an atmosphere and environment far removed from the mass tourism of Tenerife. 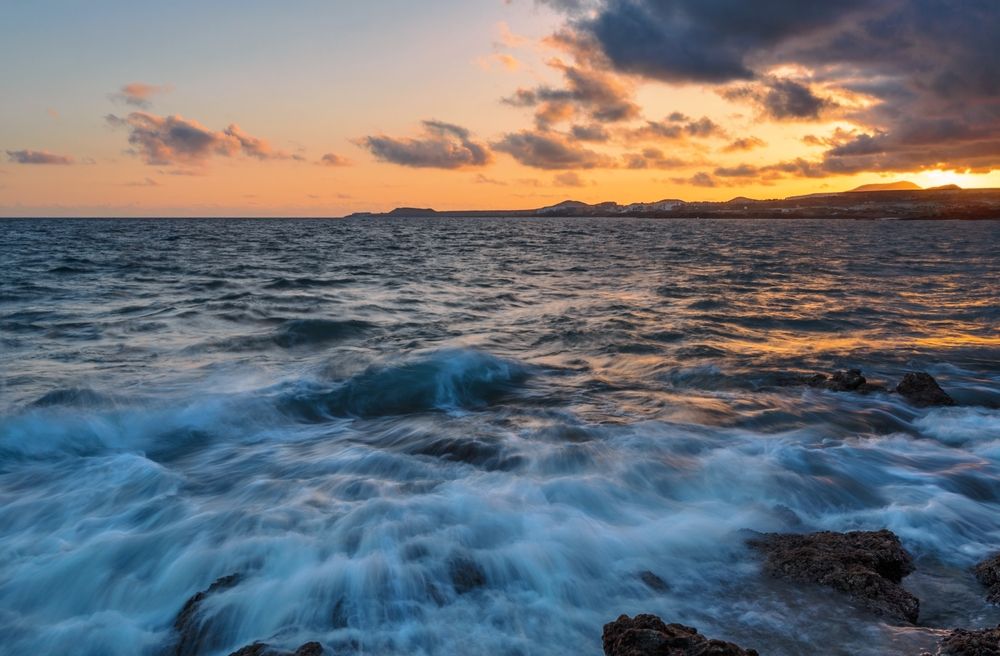 The beach is located on the east coast and is therefore often blown around by strong winds. This gives it a wilder character than other beaches on the island, but creates ideal conditions for windsurfing or kitesurfing. In the nearby town of El Medano, considered the kingdom of the sport, you will also find trendy bars and restaurants overlooking the sea.

Playa de los Gigantes is a black sand beach stretching at the foot of the high cliffs of Tenerife. To understand the origin of its name, literally "beach of giants", just admire its surrounding rock formations, reaching a height of 800 meters above sea level. 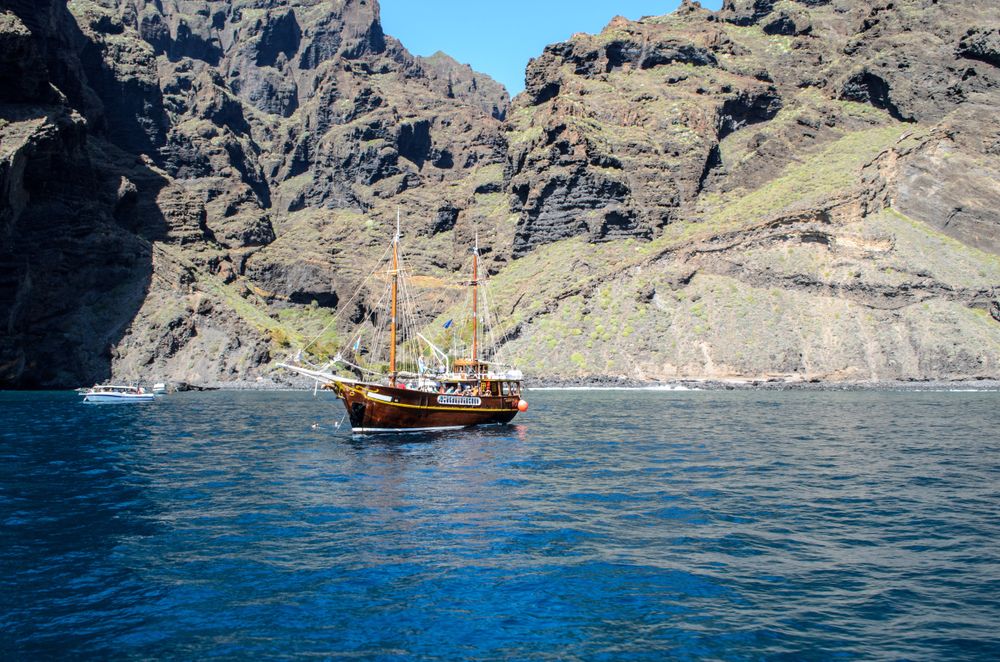 This is undoubtedly one of the most picturesque places on the island to relax and sunbathe. Residents love Playa de los Gigantes and for its location. In fact, it is located on the west coast and remains protected from the infamous east winds of Tenerife. Then visitors can relax in a quiet cove dominated by dramatic cliffs and take in a truly unique panorama.

Due to the rather difficult path to Playa Bollullullo, which discourages many tourists, this beach has remained almost untouched and is often called "the real Tenerife. However, if the venture doesn't scare you, your efforts will be rewarded with one of the most unusual landscapes on the island, a striking strip of black sand surrounded by banana plantations and towering over a sheer cliff.

This beach is ideal for those who want to escape from the busiest areas of Tenerife, characterized by kiosks and hotels overlooking the sea. Despite the wilderness, at Playa Bollullo you'll find a café serving snacks and drinks, and that's all you need to spend a whole day here in the name of calm and relaxation.

Playa Hardin is a gorgeous beach with soft sand, decorated with outdoor art installations that help create a unique atmosphere. César Manrique, a famous Canarian artist, has designed beautifully manicured tropical gardens, a waterfall and a network of paths that make this stretch of coast even more exclusive. You can admire various similar installations, which often artfully combine natural elements and artistic touches, in different parts of the island. 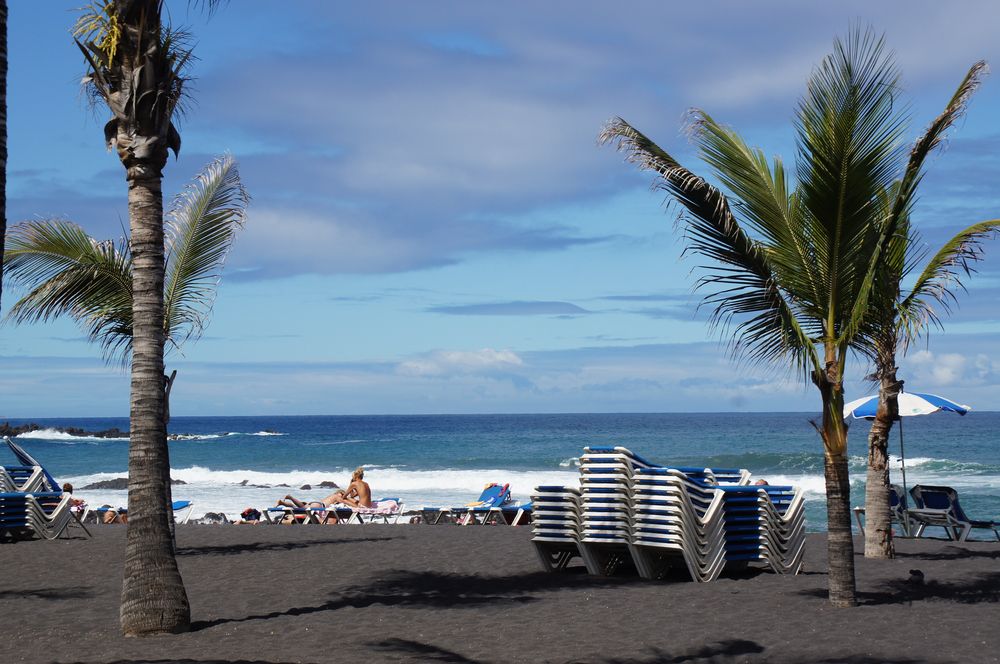 One of the features that convinced Manrique to create its gardens in Playa Jardín is the magnificent view of Mount Teide, a conical volcano that towers over the beach and protects it from a height of 3,718 meters.

Playa del Duque is one of the most elegant and luxurious areas of Tenerife, located on the western Costa Adeje.

Playa de las Vistas is the perfect beach for families and has become a very popular destination in Tenerife. This strip of sand stretches for 850 meters but, being very wide, can accommodate a large number of people. 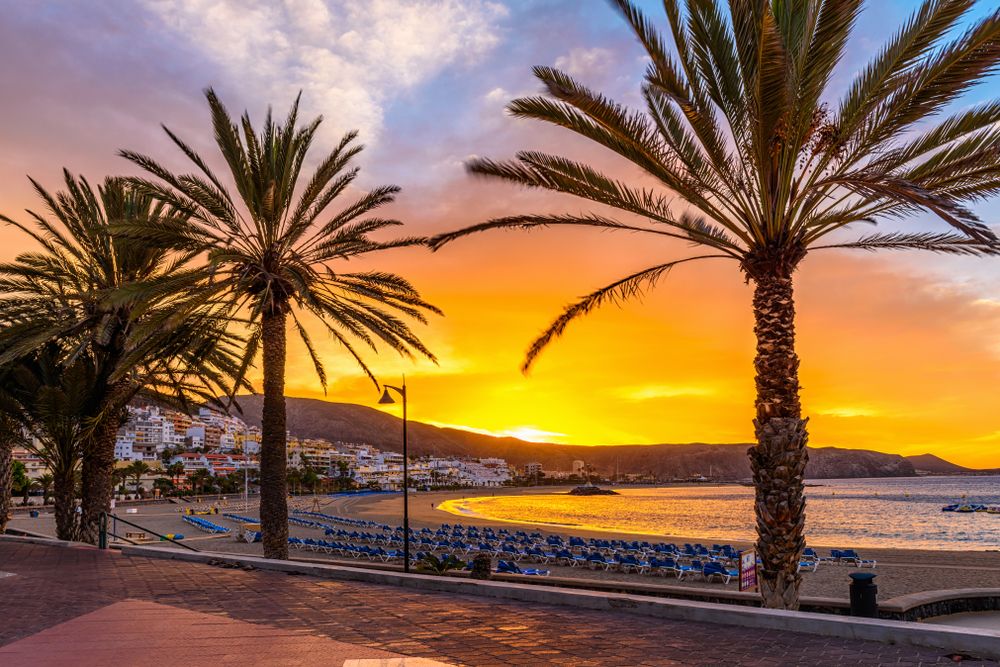 If crowds aren't a problem for you, here you can relax on a well-kept beach with calm, safe waters. A picturesque promenade with kiosks, restaurants and stores borders the beach. The convenience of having everything at your fingertips makes Playa de las Vistas one of the favorite destinations for tourists.

Playa de las Americas is famous for La Isquierda, considered one of Europe's surfing paradises, so named because the tide goes to the left, creating a truly unique challenge for surfers compared to other beaches in the world. Playa de las Américas offers many services such as showers, parking lots, kiosks selling snacks and drinks, and equipment rentals. 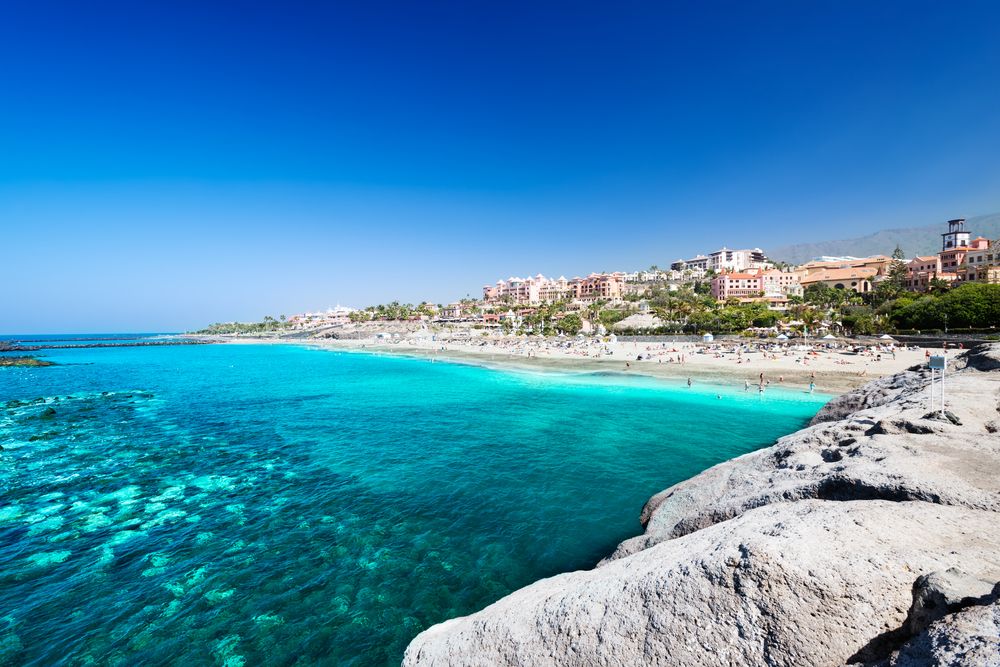 The clear waters of Tenerife's beaches

This beach is able to evoke emotions even for extreme lovers. Surfing here is a real challenge, as the waves crash quickly and reach heights of up to 3.5 meters. The best time to practice the sport is from October to February, and during these months it's easy to be on the waves with many other enthusiasts.

If relaxation is synonymous with energy and activity for you, Playa de Fañabé offers all the most popular water sports. Next to the beach you will find several companies that rent vehicles and equipment including jet skis, banana boats or kayaks and arrange parachute rides and glass bottom boat rides. Playa de Fañabé is about 1.6 km north of Costa Adeje.

Playa de Troy is considered a nightlife paradise of Tenerife. One of the most popular clubs is Papagayo Beach Club, known for its DJ nights and theme parties. After watching the sunset on the nearby island of Homer from the beach you only have to wait for nightfall, and then the most interesting thing will begin.

Despite its reputation as Tenerife's queen of the night, this beach is also perfect for families during the day thanks to its soft golden sand and shallow, calm waters.

By the way, you can even walk along the beaches of Tenerife with a guide. He will take you to the best routes, show you secret places and tell you about local life. Whatever your choice, a vacation here will never disappoint your expectations.