What to see in Mexico? 6 interesting places!

At the moment, Mexico attracts a huge number of tourists from all over the globe, longing to see all the beauty and charm of the resort with their own eyes. What sights are worth special attention and what to see in Mexico? Rich history and ancient buildings will not leave tourists indifferent. All the cultural heritage of the country is saturated with Spanish, Indian and Caribbean culture, and the buildings and constructions with their appearance can learn more about the life of the Aztecs and the Maya. That's why so many tourists come to Mexico.

The most important monument of the culture is the Mexico City Cathedral (or the Cathedral of the Assumption of the Blessed Virgin in Mexico City). According to the tourists, the basilica of the temple, located in the heart of the city, is visible even from the very outskirts, and the bell ringing, which is unmistakable, resounds like a beautiful song through all the streets. The two towers are 70 meters high and hold twenty-five bells, the largest of which weighs over 13 tons.

Guides say visitors shouldn't limit themselves to the view from the street. Since the entrance is accessible to everyone, it is worth enjoying the splendor and opulence of the interior, made in the Renaissance style. The interior is filled with gold and ivory, and the windows have gorgeous stained-glass windows that fill the room with a pleasant yellow glow. A stroll through the cathedral will leave nothing but pleasant impressions. 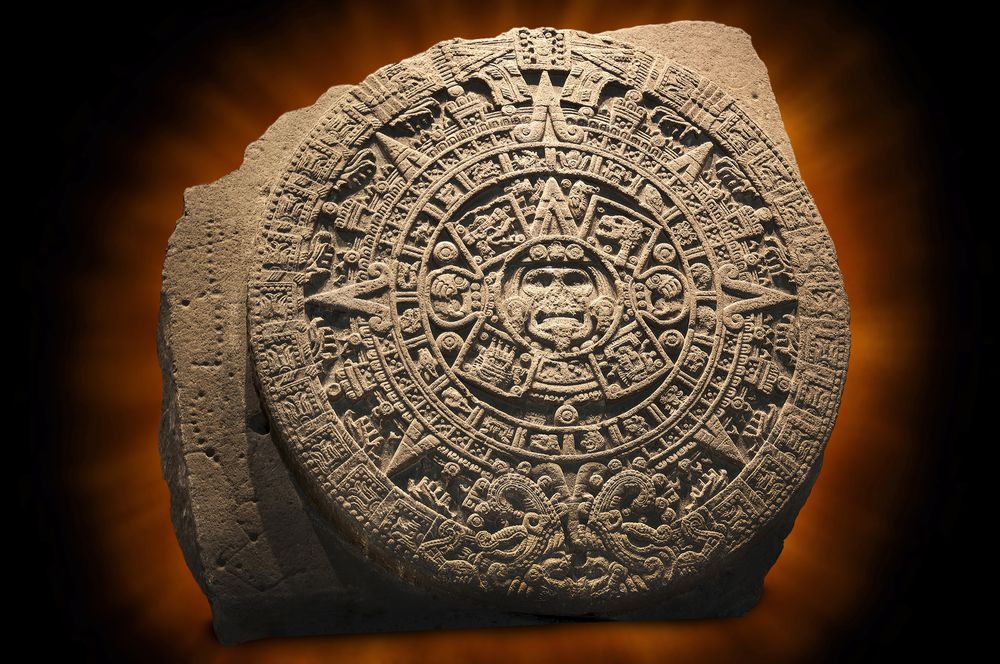 The building consists of two floors, where the first includes an archaeological section and the second occupies an ethnographic. The main idea of the site is to show visitors in all its beauty and precision the peculiarities of the life of every Narda that ever lived on the territory of Mexico.

The Ancient City of Chichen Itza. 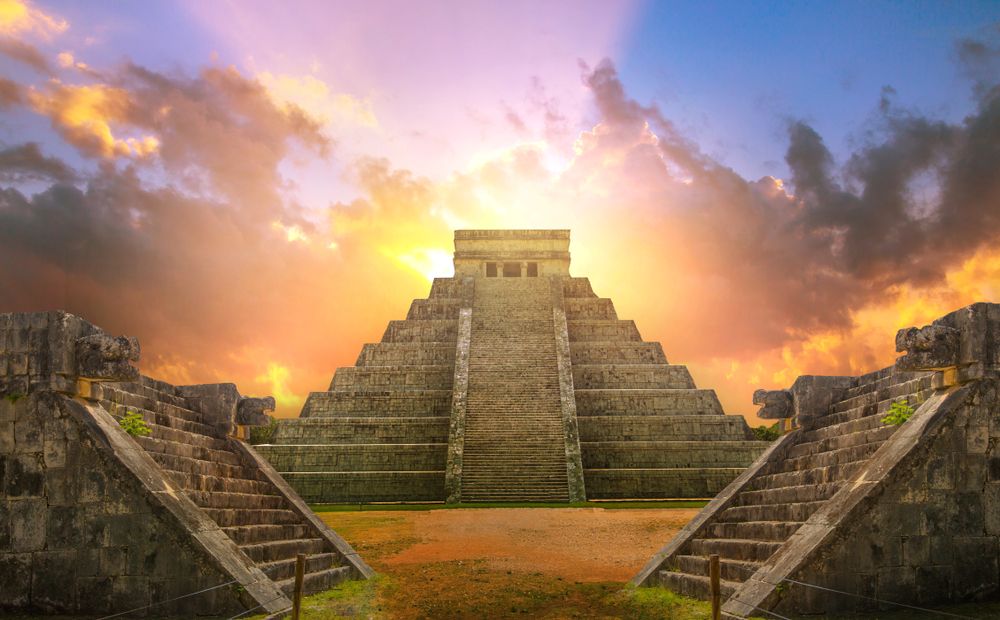 This place was recognized as a World Heritage Site back in the eighties and annually attracts a huge number of tourists. Scientists believe that such interest is caused by the usual question of vacationers: why this city was abandoned by the tribe at the peak of its development? After all, even after they left, the Mayans set up their camps near the settlement they left behind. In addition, all the buildings have been perfectly preserved and are able to convey to tourists the atmosphere of ancient times. 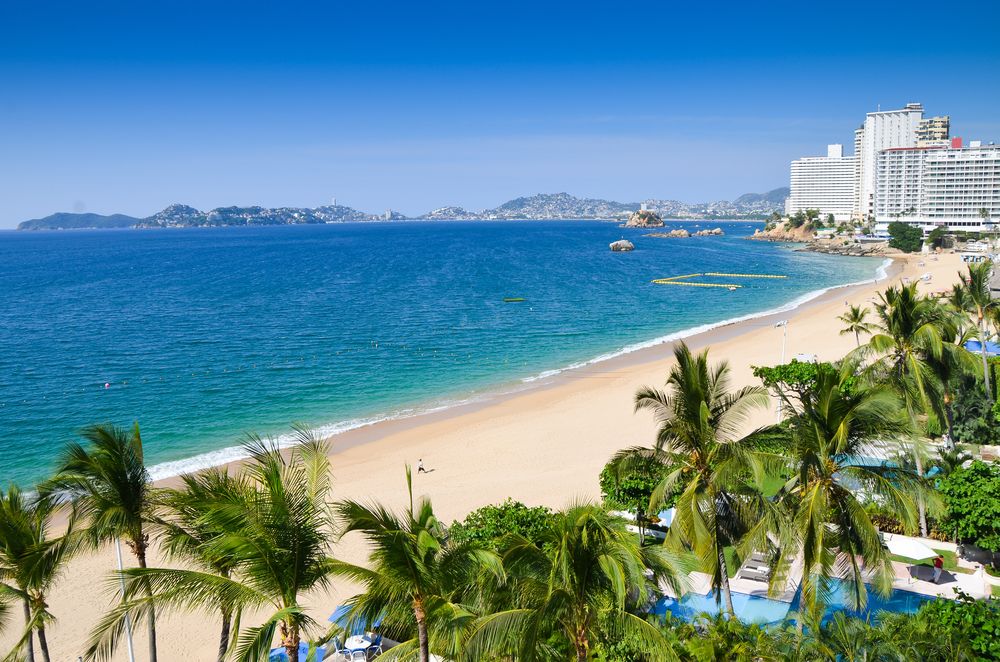 If a person is looking only for recreation, forgetting about hiking in historically significant places, he should definitely visit Acapulco – a city rich with bars, clubs, and white beaches. Also the place is not deprived of attractions for young tourists – for example, water park. Staying in this city, a must-see is the eponymous bay, which is the fourth most beautiful bay in the world. The views in this area are unbelievable.

The pyramids of Teotihuacan. 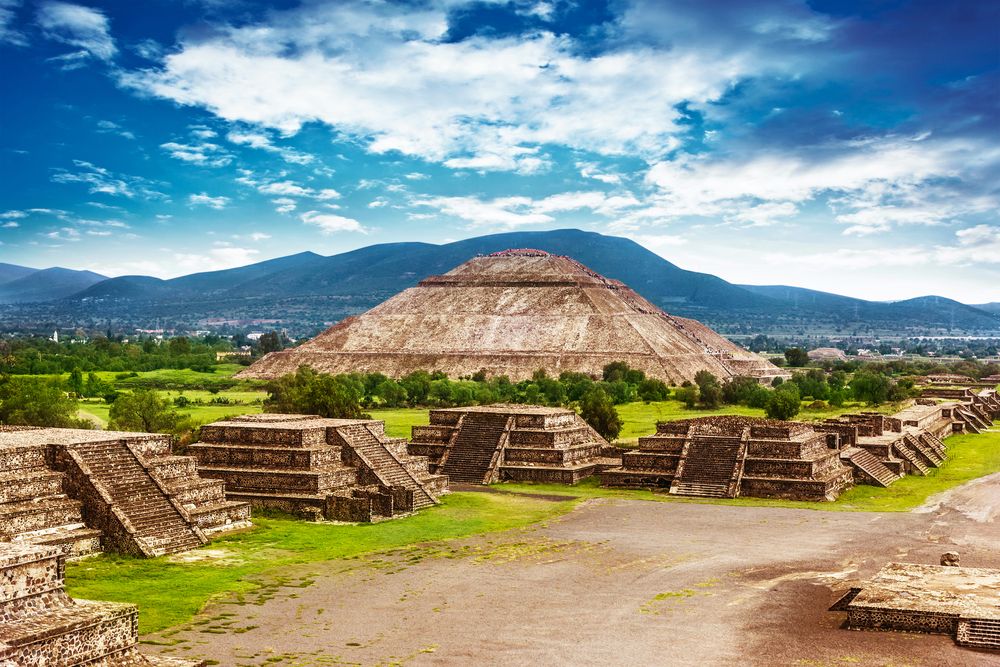 One of Mexico's main attractions

If you don't want to travel outside of the main city, there is one of the most famous attractions in Mexico City, the Teotihuacan pyramids. Located fifty kilometers from the center, the so-called Pyramid of the Sun is one of the ten highest pyramids in the world. Originally it was an ancient city with a population of up to two hundred thousand people. Another important advantage of these buildings is the relatively close distance from the airport of Mexico City – about forty minutes by car – and passes through the outskirts, where you can see the life of ordinary people.

The Former Residence of Mexican Governors, Emperors and Presidents on the Chapultepec Hill in Mexico City

A place with the complicated name of Chapultepec Palace is in the Neoclassical style and contains a high observation tower, erected in 1833. Its 19 halls contain many exhibits, the oldest of which date back to the Spanish conquest. On the roof of the beautiful vintage castle, visitors can find a beautiful garden with trees, alleys, and flower beds in the open air, where they can stroll freely and enjoy the view.

This article however does not list all the tourist attractions that can be seen in Mexico. There are a huge number of them, because this country is considered a historical heritage – the tribes and peoples who lived on the territory of the state, left behind objects of everyday life and buildings, which everyone should see with their own eyes.